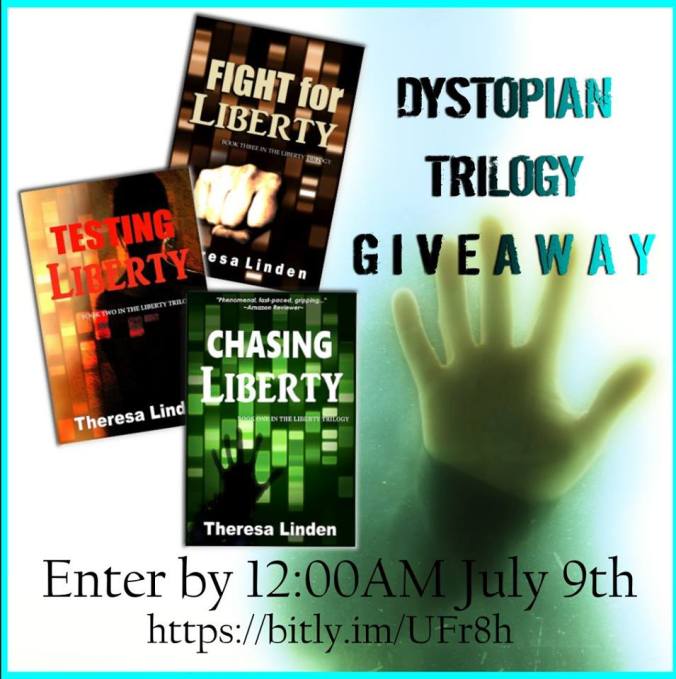 Hey friends, I wanted to share this awesome giveaway with you. If you’re a fan of dystopian fiction, then you’ll love Theresa Linden’s Chasing Liberty series!

Liberty trilogy – A young woman named Liberty lives in a dystopian society where the earth has been elevated above man and the government controls everything. Moving from one trial to another—escapes, imprisonment, secret missions, rescues, 3D games—this action-packed trilogy follows Liberty to her final sacrifice as she learns that true freedom is within, cannot be taken away, and is worth fighting for. 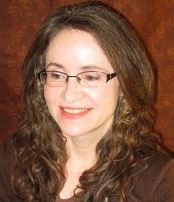 Raised in a military family, Theresa Linden developed a strong patriotism and a sense of adventure. Love for faith, family, and freedom inspired her to write the dystopian Chasing Liberty trilogy. Her other published works include award-winningRoland West, Loner, first in a series of Catholic teen fiction, Life-Changing Love, and Battle for His Soul. A member of the Catholic Writers Guild, she balances her time between family, homeschooling, and writing.

Enter the Chasing Liberty Trilogy Giveaway for a chance to win the complete trilogy!

Winner will be announced at the end of Sabbath Rest Book Talk, 7:00PM July 9th and later posted on author website.

By the way! Fight for Liberty will be on Erin McCole Cupp’s Sabbath Rest Book Talk July 9th. The theme for the books discussed in July: Revolution!

If you don’t win the giveaway or you’re too anxious to wait to win, these books are also available in paperback and as Kindle and Nook eBooks (other eBook options at Smashwords):

Chasing Liberty on Amazon and at Barnes & Noble

Testing Liberty on Amazon and at Barnes & Noble

Fight for Liberty on Amazon and at Barnes & Noble